Tardigrades has been Greenlit

Thanks for all of your support! Without you, this wouldn't have happened <3 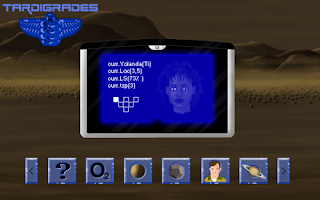 Carter must prove an emergency in order to convince the captains of Marsi-3 to take a trip to Saturn. However, being a botanist is not enough to have permissions to land with the rescue team on Titan. He has to prove that he -as a botanist- is needed on Titan. If he did so, Carter would be assigned a spacesuit and a communication device where he can use it to talk to other crew members and also use it as a radar map to find his way in the vastness of Titan deserts. 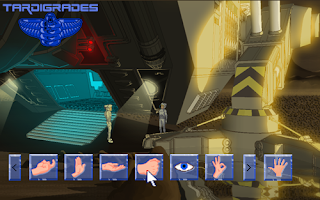 But what if Carter wasn't able to prove his importance on Titan? The game won't stop there, he will have to sneak into the airlock or maybe fool another crew member to hide in the landing shuttle. Of course he won't have a communication device then. After other crew members discover Carter's presence on Titan, they have no time to evacuate him. So he would have to use sign language to talk to the crew. 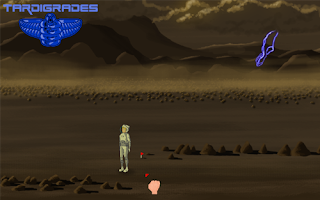 Not having the communication device means no radar maps privileges too. You'll have to wander around and discover Titan on your own. Using little flags you can mark the places you already visited. Not to mention that your oxygen is limited too. There are some lost oxygen tanks here and there..
Posted by AJ at 4:09 AM No comments: