Move on! Continue your game! We made you famous!

Sadly, some do not understand what goes in my heart and mind as I say I don't know how to continue developing my project Tardigrades. I never wanted to talk or show what you are about to see, but I have no choice.

How developed was Tardigrades the exact moment it was plagiarized on TV?

The project was about 80% done. The main gaming mechanics were 100% developed (i.e. cursors, icons, save/load game, micro-gravity physics, and all the behind the scenes programming and math). Tons of hand-drawn 2D frame-by-frame animations were already done. A couple of seconds of animation take more than 5 hours of creation. The game has more than 400 backgrounds. Each background took on average 9 hours to complete. Some backgrounds are built over 3D models that took me days to complete a single one, specially those with interiors and corridors, spaceships models and bikes...etc.

The project soundtrack is also created originally by me. I compose the music with my guitar and/or piano and then re-write it with an old midi software to give the 80s and early 90s games feeling. All sound effects are recorded in my bedroom. 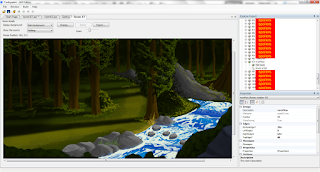 For example, this room "background" is called RiverFlow, that room took almost 3 days to complete. This is how it looks in the AGS editor.

and this is how it looks in-game after adding various elements and animations, note that all the animations are hand drawn and not auto-generated. 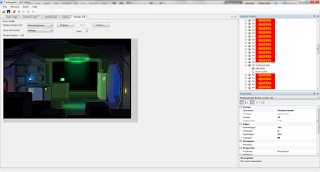 Another example of a 3D modeled background, is room 39, Pan Base Inside, it was 3D modeled then colored "traditionally". This is how it looks in the editor.

And this is its creation process (from a pencil sketch to finished background): 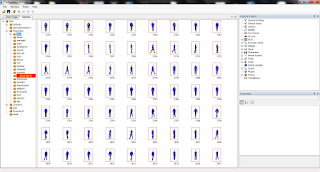 Then comes the sprites, sprites are simply the little graphical elements added over the backgrounds. They can be the characters, objects, doors..etc. To give you an example of the amount of sprites drawn in the game, here are some of the sprites for the main character Carter.

Each character in the project has an 8 direction walk-cycle. Each drawn frame by frame and I drew at least 9 frames per direction for animation smoothness. Creating a single walk cycle direction took more than 12 hours of hard work, specially that the characters have pockets, knee protectors and other clothing materials. Some characters have special animations like picking up stuff, hand gestures, playing music, jumping...etc. I have spent almost one week to make one single character move.

Here are the statistics of the project given by the game editor: 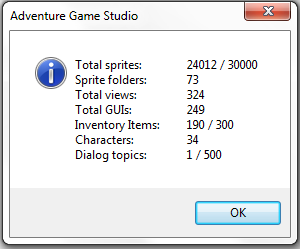 Code wise, I wrote 100s of thousands of lines of code (LOC). By the way, my job for the last 10 years was researching code refactoring. This means the art of designing code using less lines and better design. For example, someone can write a calculator application that takes 1000 lines of code, but when refactored, it can be written with less than 400 lines of code and still have the same functionality. I made sure to use my knowledge of code refactoring while writing the project's code. This is the end part of the main script: (92K LOC) 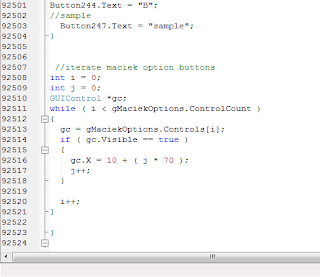 and this is the code of two of the rooms: (the project has more than 200 rooms) 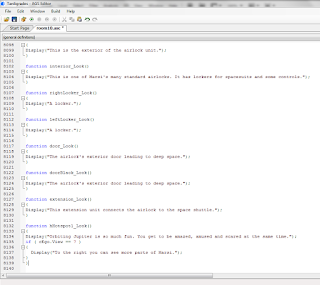 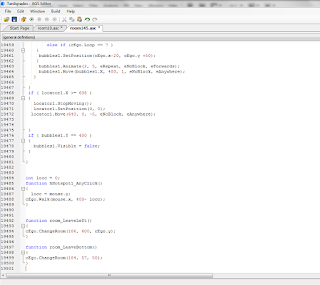 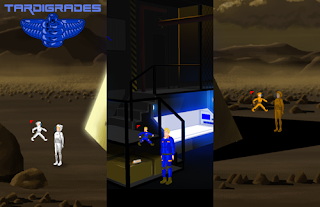 I have made sure to add the tiniest details even the cursors sets change according to what Carter is wearing: 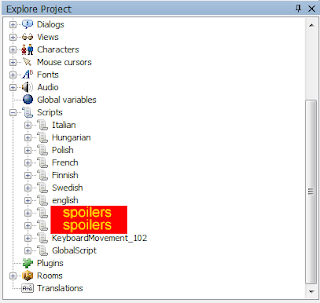 And I also had multiple languages already implemented in the game: 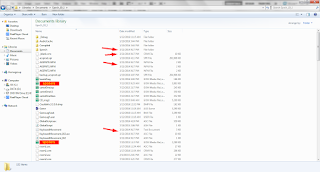 As any game developer, I keep early builds of the project as well. Here's a screenshot of the folder of build version 19.1 when the project was still called Epoch back in 2014:

If you think all this time spent is too much, then remember that I had to free myself between my job and care-giving. I worked all by myself with 10s of software to produce what you see as a product of my own writing and original ideas. I used to think about the game all the time and what to develop with all the love in the world. It was my little baby growing day by day. And now I can't even think about opening the game editor, I can't draw anything related to it, I can't think of looking at its code. Taking the above screenshots gave me tears as I had to navigate through its files, I remember all the good days when my dad was around. How do you think it would be "okay" to continue developing the project? How is it possible to continue game developing in general knowing that I can get stolen of and no one does anything? You may like the TV show, you may hate it, this has nothing to do with me. I have no opinion regarding it. I watched a TV remake of my game, it was the most awkward feeling, and that's it.
Posted by AJ at 11:58 AM 2 comments:

A few weeks ago, I filed the briefing for the appeal. I would like to apologize for the late post as I am drenched in work since I finally got my contract renewed for a full-time research and it’s a completely new field of study for me which I have to learn from scratch (Python, Linux and Hybrid Networks!)

It warms my heart the way you all supported me and how the ‘go fund me’ succeeded in a matter of few days. My dearest friend Gary Buechler -Nerdrotic, took time and effort to set up the campaign and with all your help we managed to raise more than $21K in a few days. Beside the financial support, your comments on the FGM page touched me the most. This appeal wouldn’t have happened without you all. And I’m not only talking about the financial part of it. The positivity and support I got from you are always cherished. The message you sent have been received by the defendants and it shocked them to the point of freaking out. I just want to let you all know that I love you from the bottom of my heart.

Gary, whatever I say, won’t be enough to describe what you mean to me. You believed in me since day one. You have dedicated your time to support me in ways beyond comprehension. But it is not a surprise from such an awesome individual like you. I love you man.

Now allow me to explain why and what the appeal is about.

My ideas to space travelling tardigrades were denied originality because tardigrades are real life creatures, and because they survive the vacuum of space. I believe the way I presented the tardigrades creatures in my game was original with all the combination of attributes and abilities I gave those creatures that hadn’t been presented in any previous work. There isn’t one single piece of work that uses giant blue tardigrades to help humans travel the universe instantaneously before my game Tardigrades.

My ideas were also dissected to the basic elements where conducting a comparison would be completely unfair. It’s as if you are breaking down a painting down to the colors components and saying that the color red is not original and not copyrightable, neglecting the painting as a whole image.

I have consulted judge Randall R. Rader (former United States Circuit Judge and former Chief Judge of the United States Court of Appeals for the Federal Circuit) about the whole situation and the court’s dismissal. He has shaped United States intellectual property laws for decades in his court.  His opinion had a great impact on me going further with the appeal.

Still hard for me to say, but I must start another fund me campaign. The first one barely covered the consultation costs and press expenses. I have extended an invitation to Judge Rader join my defense team which would be an honor beyond my dreams. His contribution would be very beneficial and crucial to the case. I’m also going to hire the same press agency for my legal documentation and appellate court arrangements. Please feel free to check the fund me link Here.

Thanks for everything. I need you all by my side to continue getting my rights back.