Sometimes I draw backgrounds that beg me to change. I keep them for the functionality while developing puzzles but then apply proper improvements. Here's the landing location on Titan that I completely hated from the start. 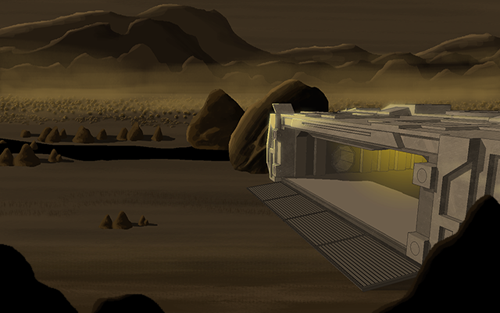 The ship took the entire right edge of the screen with a big entrance for vehicles and crew. I was too excited during the creation of this background specially while adding the animated river. But then after completing it I sat back and looked at it... I hated it. I couldn't believe I would actually have the decency allowing anyone play a game with this background!

So I kept it while I developed other things, code, puzzles, sounds... etc. Until last week, I couldn't bare to look at it anymore. So I decided it was about time to draw another one. Here's the result which I hope you'd find more interesting than the previous one. Here's Carter standing outside the shuttle next to an ethane lake on Titan.

Who Is Dr. Chantal

Dr.Chantal is Marsi-3's physician. She is responsible for the well-being of the crew.

Dr.Chantal spends most of her time in Marsi-3's clinic. She is the only one with authority to prescribe medicine and therapy on board the unit. 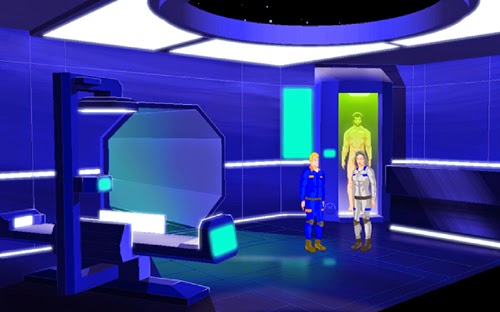 Seems like Aziz got himself into trouble. Dr. Chantal is performing a mind-scan procedure to get the truth about an earlier incident. The truth won't serve Carter any good though, he should do something before he gets busted.
Posted by AJ at 2:23 AM No comments:

Here's my entry for this week's #screenshotsaturday 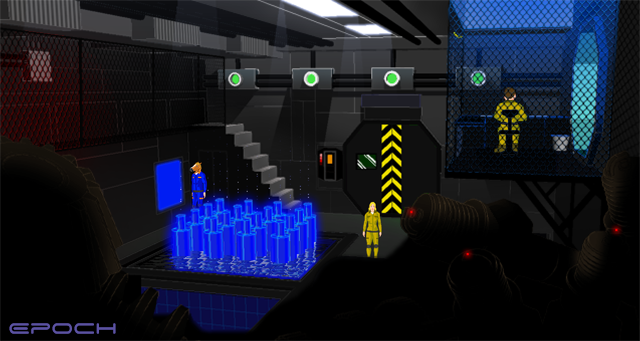 Carter trying to figure out how to flush the fluids that cool the engines of Marsi-3.
Posted by AJ at 12:34 AM No comments: 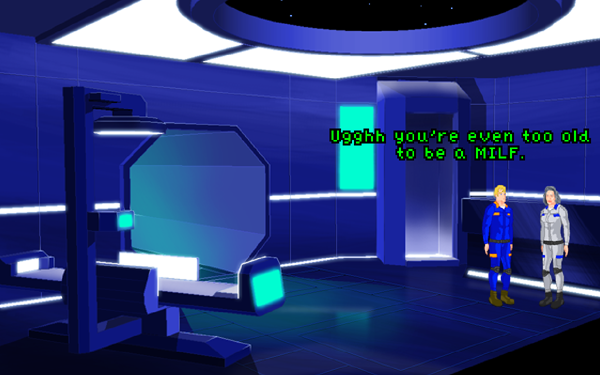 All NPCs of Epoch have moods, you can simply manipulate the NPCs by being good or bad towards them. Some puzzles and events require having NPCs upset while other puzzles are solved with the help of 'not' upset NPCs. Each puzzle has an alternative solution so you don't have to be a prick all the time to solve puzzles (but if you want to then be my guest!), on the other hand you don't need to be an angel too.
Posted by AJ at 9:49 PM No comments: