Let me mention some facts. Now please bear with me as what you are about to read is not going to sound logical at all, except to CBS's lawyers Wook Hwang and Jonathan Zavin.

Now I'm not a law expert or anything but I think even a 5 years old can come up with a better and more logical argument than Wook's. I had to make sure with both my lawyers Allan Chan and John Johnson that I do understand these arguments clearly as they make no sense to me. These arguments are from their actual filed dismissal letters to the court. All they did so far are desperate trials to mislead the court with irrelevant cases while contradicting themselves to a pathetic point. Why would they need to use all these varied and different arguments if they were innocent?

Based on Wook's arguments, my elements are not protectable, so the same goes with theirs. None of their material is protectable (Scènes à faire). None of their Star Trek material is protectable. This means (from their arguments) that anyone can create a work with the same bridge crew and the spore-drive and the giant tardigrade navigator. Does that mean The Orville had protection from the beginning and is not treated as a parody? Because honestly, The Orville did not even get close to any of those specific elements from Star Trek as Star Trek Discovery did to my Tardigrades game.

Sometimes I feel puzzled how Wook's arguments go past CBS' law department, unless their intention is to damage the IP of the Star Trek franchise to win their battle with me. So far, this is what seems to be going on.

Yesterday -March 5th 2019- I filed the Opposition to the Defendants' Motion to Dismiss. Simply, I'm arguing why their "motion to dismiss the case" is not valid. Note that when the judge gave us the "discovery" right to get information from CBS about their Steam accounts, they haven't met their deadline and we still did not get anything from them.

On their motion to dismiss, they keep on misguiding the court by stating half-truths, misquoting older cases, and even using poor examples of other tardigrades appearances in media. In fact, the more they try to defend themselves, the clearer the entire picture gets. They have no good arguments.

They are still insisting that I’m trying to own copyrights to the real-life tardigrade creature on Earth. I never claimed I did. They are omitting everything regarding its size, color, and usage in facilitating instantaneous space travel. They are trying hard to say that the tardigrade is public domain and “Scène à faire” –Scenes that necessarily result from the choice of a setting or situation-

meaning that any space-themed production may use them due to their ability to survive in space. My legal complaint was/is never about tardigrades’ ability to surviving in space as they are trying to say. My complaint is simply about the fictional giant blue tardigrades that are used in instantaneous space travel with a blonde male botanist [Carter] whom had encountered interracial homosexual acts with a dark bearded male[Aziz]. 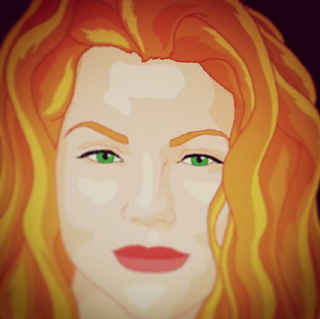 They claim that I am enforcing my rights on a Caucasian woman with red hair or a blonde white male.  This is patently false, I am asserting rights to my expression of  characters created by me.  They are breaking down character elements to fundamental elements.  I am surprised they did not accuse me of owning rights to a person with 10 fingers or a woman with two eyes and a nose.

The characters appearances and sexual orientations are used for the whole picture comparison along with the other elements. This is the heart of the work being compromised. Any person watching the two works will instantly see the similarities and even think they are the same production.

In a desperate move, they used poor examples from the internet and other media to show that tardigrades are used commonly in literature. None of their examples is even close to what we have in the complaint. For instance, Captain Tardigrade is a tardigrade's head on a human body with two human arms and two legs. [He] speaks English and doesn't travel without a spaceship. Captain Tardigrade is a unique and a copyrightable expression. Actually, when they put my tardigrade, theirs Ripper, and the real life microscopic creature side by side in comparison, they made it even clearer that they copied mine not the real life creature.

So what they're doing is deliberately dissecting the elements of my project to use the basic components for their dismissal request. For instance let's use Darth Vader.  They would say you have no rights to that because it's just a white male, with a helmet and robe.

[This part is removed because it was intended to be satire. It is however available in the court filing.]

They are admitting access and copying,for this one motion, but they say they're copying the "allowable amount" because their tardigrade is shown in a few scenes while the entire show is about 11 hours long. They are saying that their tardigrade doesn't have a major role on the show and the story. I would like to ask these questions to everyone who watched the show: What would season 1 of Star Trek Discovery look like without the tardigrade and its DNA's help to jump instantly from one place to another? How would they jump to another dimension? How did they win the war against the Klingons? And while they were away from our dimension, didn't the Klingons take over big portions of the galaxy because the tardigrade technology wasn't available? 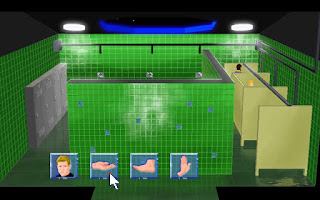 Finally, in another desperate move, they are claiming that I'm collecting bits from here and there to match my game to their show with similarities. It seems like it hit them hard that Carter the blonde botanist who is researching the tardigrade space travel has encountered an interracial homosexual act with black bearded Aziz in the glory hole scene that was posted on my blog [link], twitter[link] and AGS forums[link] before their show aired. Even though I didn't show explicit images, the post is clear: "A newly drilled hole on one of the toilet dividers by Aziz" and you can see Carter's foot tapping as an invitation to the sexual act. Anyone with basic knowledge of the LGBTQ community knows what glory holes are, and at least has basic knowledge of the gestures. How could such a large television network be so out of touch and not inclusive of a community of people that is so underrepresented in television?

If one would believe their legal argument, Star Trek would also have no copyrightable elements.
Posted by AJ at 6:20 AM 10 comments: